Just when you think you’ve seen every possible iteration that Bantam may have produced, more beautiful photos emerge in crisp black and white.  This morning serves as a reminder that you never know what sort of things the factory was considering before rolling out the production 63 Series cars with the headlamps nestled deeper within the fender.  The photos posted on eBay are professional photos which are clearly staged and seem to be far more than just a styling exercise and are something I would venture to guess may have been originally destined for marketing materials.  However, I’ve never seen these photos published, have you?

Let’s see how many differences we can find from standardized Series 63 cars:

2) Series 60 style bumper guards were mounted fore and aft (Interestingly, our 1939 roadster project which is for sale had this same style of bumper guard mounted on it when found)

5) That tonneau cover is pretty snazzy if you ask me!

Honorable mention:  That single pinstripe outlining the upper part of the cove is also identical to what our 1939 roadster project sports. 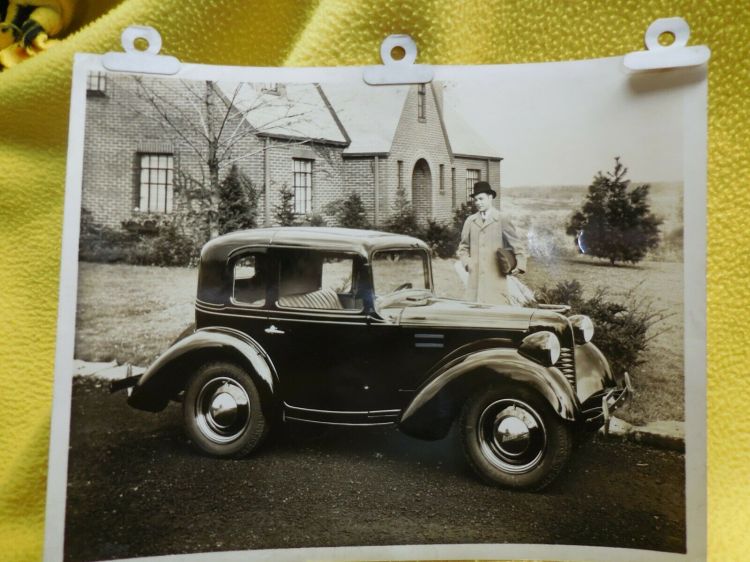 Honorable mention:  This car actually has a front license plate frame!  How many of us have been looking for one of these?

It’s unclear if this photo was taken at the same time as the others, but it is an interesting vantage point of the boulevard delivery.  If so, it may illustrate that the delivery was more in keeping with the commercial cars than the passenger ones as it features the earlier style grille and hood.

The only thing that has caught my eye is that this photo clearly captures the special seat back utilized on these cars to allow for a driver to open the rear cargo hold as you can see in this photo of a restored delivery: